Andi Watson talks to BDTheque about his latest book, Little Star, amongst many other things… enjoy! (Read the french version here) 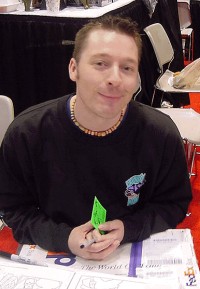 Hi Andi, could you please introduce yourself?
36, male, married with a daughter. I’m from Kippax, a small town in the suburbs of Leeds, England. I started reading comics again at art school, Akira, Love & Rockets etc. For the final part of my degree I decided to make a comic book as I assumed I’d never get the chance again after college. I got into mini-comics and then published by Slave Labor and it went from there.

Like many of your books, “Little start” has very strong autobiographical connotations. But is it really a real-life story? Or a complete fiction? Or maybe a bit of both?
It’s a bit of both, a distillation of personal experience and fiction. It was important to me to tell the story of a modern dad because it’s rarely covered in fiction. Gender roles have been shifting fundamentally over the last decade or so with fathers playing a greater role in the upbringing of their children, I wanted to get the moment down on paper, and share Simon’s experience as it mirrors a lot of people’s lives. I get letters thanking me for telling the story so I think I succeeded. 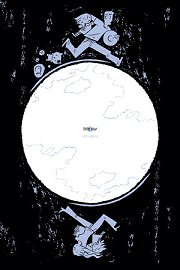 Have your wife/friends read the book? What did they think?
I’m not a comic book evangelist/bore, if someone asks to read my books then I’m happy to lend and recommend stuff. I was staying with friends the other day and one said they’d enjoyed the Sin City movie. From that I suggested the GNs and Queen and Country. Little Star probably wouldn’t be their cup of tea.

How long does it take you to write a book such as Little Star? How and where do you normally work?
I work from the little studio/utility room at home. Little Star took about a year as it was serialised in 6 issues in bi-monthly instalments.

Your work is getting more and more appreciated in France… would you ever consider, if the opportunity arises, collaboration with a French author?
That would be an interesting opportunity, I’m not a natural collaborator but if I hooked up with someone on the right project and we shared a vision like I did with Simon Gane on Paris, then that would be great. 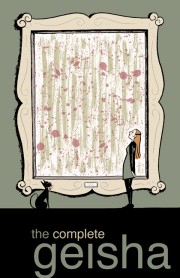 Do you have any saying on who publishes your books in France, and on what gets published?
Sometimes I’m consulted, it depends on the publisher, Slave and Oni work a little differently. I’d love all my books, especially the genre books like Geisha and Love Fights to find publishers in France. The markets are so different it’s hard to judge where something like Love Fights, with the superhero elements, would find a niche in France.

My fave comic book is, I don’t know. The most influential early on were Akira and The Death of Speedy arc of Love and Rockets. I’m looking forward to the Kevin Huizenga collection Curses, and I love the D&Q Monsieur Jean books that have just come out. 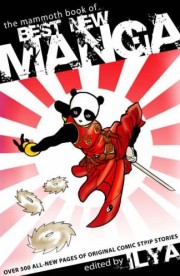 In the UK comics haven’t quite made it to the mainstream audience, and remain (unfortunately) a bit of an underground phenomenon. Why do you think this is?
We’re a nation of idiots? Visual arts have always been treated a little sniffily over here, we’re a culture of words and value our novelists over other forms, I think. A novel is serious, everything else is a little frivolous.

Another reason is there’s no publisher outside of 2000AD to print work, encourage British voices, value our culture, value our language and vernacular and grow a scene. Maybe that will change, Best New Manga is a step forward, Brit comics made by mostly Brit creators…it’s tough selling UK stories to US publishers. I’m hoping to live long enough to see Graphic Novels be created and published by and for a UK audience. Brit TV sells around the world, as does music, why shouldn’t comics?

What are you working on now? What is your next project?
I’ve been writing a couple of OGNs for Vertigo/DC, the first of which will be out next summer. These have been on the boil for a couple of years so it’ll be nice to finally see them published.

I read on your website that you once worked on a videogame … would you consider renewing the experience in today’s videogame industry?
I’m totally out of touch with the videogame market, I had to stop playing when my daughter was born. I think I’ll get a Wii though and play it with the family.

I’d be interested in working in videogames if the right opportunity arose. The level of narrative has increased over the years so it’d be interesting to develop characters and dialogue for voice actors. That would interest me more than painting textures and playing with mesh all day.

Finally, Andi, if you could only choose one: Wine or beer?
Tea please, white, one sugar.