As the “Girls” series draws to an end, Jonathan and Joshua Luna speak to BDTheque about their current and future projects. (Read the french version here) 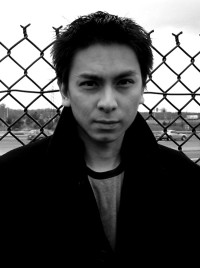 Hello Jon and Joshua, could you please introduce yourselves?
Jonathan: We were born in California, I in 1978 and Joshua in 1981. When we were toddlers, we began drawing, eventually stapling paper together to form mini-comics. We also attended the Savannah College of Art and Design, majoring in Sequential Art. 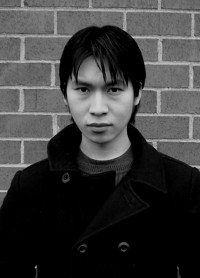 Have you ever been to France?
We have been to France! We were in Germany for vacation and had decided to take a day bus trip to Paris. We’ve seen the main landmarks. There’s also a chance we’ll be doing a weeklong French tour with Delcourt in mid-March.

“Girls” is currently being published in France by Delcourt. Please tell us a bit more about this project.
Joshua: After we finished ULTRA, our first title, we knew we wanted our next project to be different and we always loved the horror genre, so we thought we’d give that a shot. Though, we wanted to do something a little different, so we came up with this concept--a beautiful monster.

We just liked the idea of a monster that didn’t look like a monster--a creature that was capable of extreme violence, yet looked physically attractive. A lot of interesting themes came out of that simple idea and so we just ran with it. 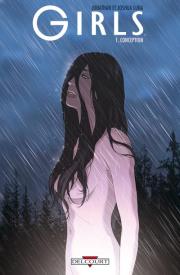 I have read articles/reviews comparing “Girls” to stories from John Carpenter or Stephen King. Do you recognize these influences? Who else would you say has influenced your work?
Jonathan: I can’t say that these gentlemen directly inspire our work, but that is very flattering. They do amazing work. There are so many influences for us. A lot of television and films mainly. Even everyday occurrences inspire us.

“Girls” would do a great movie. Would you ever consider working in the cinema industry if the right opportunity arose?
Jonathan: Yes, we would love if GIRLS became a TV series or film. There was a CBS TV pilot for ULTRA, but unfortunately, that did not go through to series. Nevertheless, I think we would love to work in film in the future.

Was it your intention to include some elements of “gender dispute” in “Girls”, or is it just how the story turned out and evolved?
Joshua: Yes, we definitely wanted the story to have gender conflicts, but we left a lot of room for the story to breathe. With the concept we set up--where the “girls” kill female characters and seduce the males--conflict tended to develop naturally and organically as I wrote the story. 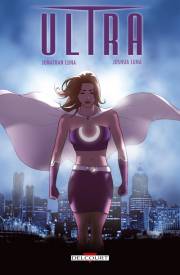 Before “Girls” Delcourt published your first book: “Ultra”. An interesting concept, mixing superheroes and romance à la Sex And The City. How did this idea emerge?
Jonathan: ULTRA actually wasn’t inspired by Sex and the City. Personally, I haven’t really seen an episode, but I think Josh has only seen a couple. But yeah, I think we naturally write romantic stories. And we just mixed that in with superheroes and pop culture. It just naturally came out.

Do you consider yourselves lucky to be working together as brothers? How do you organise and share your work?
Jonathan: I think we’re incredibly lucky. It’s just the two of us, so it isn’t a big team to coordinate with. We don’t even have a real editor. Thus, we have a lot of creative control.

We work on the plot together. I do the art and colours. Josh writes the script, does page layouts and letters.

For the most part, it’s a good time. It’s rewarding to create something and put it out there for people to read. There are some disagreements, but that’s natural for any team that is trying to put its best work out there. Altogether, it’s a lot of work to put these issues out monthly.

Joshua: He pretty much summed it up. 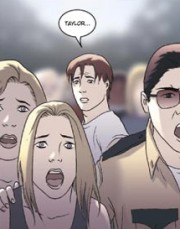 Your graphical style is immediately recognisable, and features quite a few computerised techniques. Please tell us a bit more about the creative process.
Jonathan: I simply use pencil, ink, and computer colouring. Some people think I use 3D modelling, but I don’t. I also use a blurring tool to create depth in some of the shots. I’m very inspired by film and photography.

Do you read comics yourselves? What are your current (or older) favourite books/artists?
Joshua: Punisher MAX series, Powers, Lone Wolf and Cub, Stray Bullets, Blacksad.

Jonathan: When we have time! [laughs] Blade of the Immortal, Powers, Y the Last Man, Walking Dead, Preacher, Akira. Jim Lee’s art pretty much got me into comics in the 90s.

Please tell us a bit more about your next projects. What will you be working on after “Girls”?
Jonathan: We’re still working on it, but we’ll be here to talk about it in the future!